Top Posts
SEMrush Tool Review: 28 Tools in One to...
Majestic SEO Tool Review: Laser Focused Link Database
Different Ways to Make Money Online
ClickFunnels Review vs. LeadPages vs. OptimizePress vs. Thrive...
Networking Your Way To Success
A Guide To Cryptocurrency
Our Choice for Best Host of 2017
Owning a Business vs Working for Someone
Increase Your Productivity with the Secret of the...
What is SEO? The Beginner’s Guide to Search...
Home Agency Marketing Web Design Trends of 2017
Agency MarketingInternet Marketing 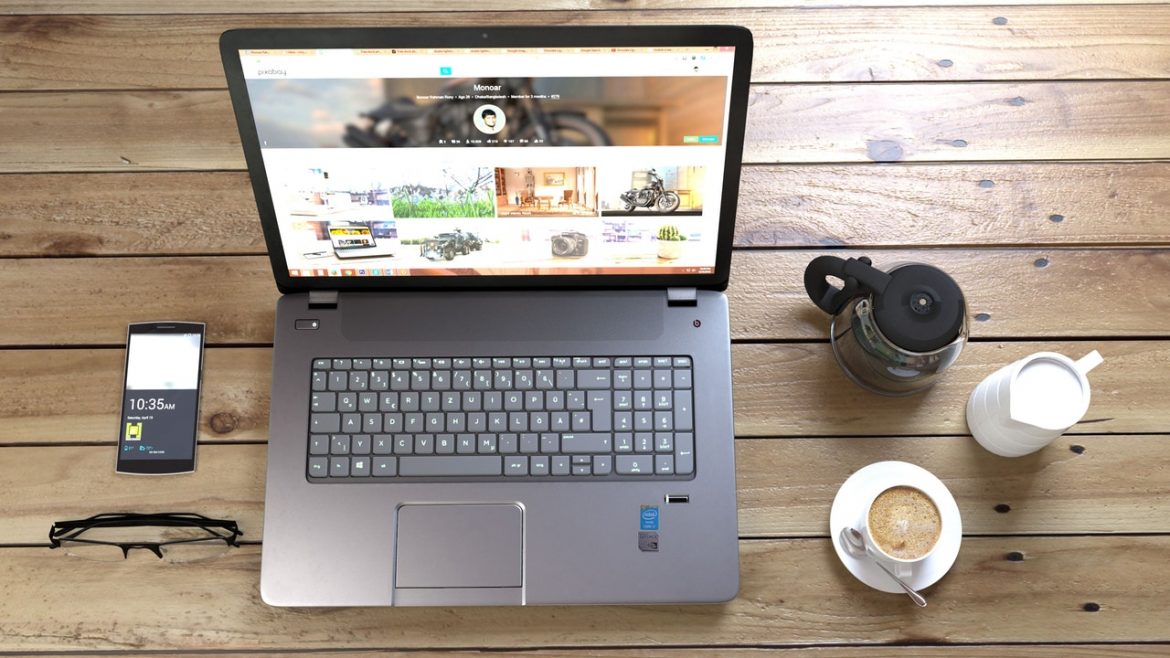 We’re well into 2017 now and at this point, we can begin to see some patterns starting to emerge. As with fashion, style and any other expression of the zeitgeist, web design is a constantly changing and evolving organism. What is in vogue one year is less so the next. And if you want to make sure that your site looks modern and ‘in touch’, then it’s very important that you adapt to these changes and make the necessary tweaks.

In this post, we’ll be taking a look at some of the most popular trends in web design right now. If there were a ‘web design catwalk’, then these are the looks you could expect to see on the runway. See if any can work for your brand and apply liberally.

We live in a material world ever since Google introduced us to its Material Design language. This was initially intended to be used primarily in app design but it also applies to web design. And while it’s a couple of years old now, it is still very much of the moment.

The general idea behind material design is that everything should look like it is made from real, tangible material. And more specifically, it should look as though it could be made from paper.

In fact, if you want to go all the way, then you should design your icons, logo and layout in such a way that all the elements could be reconstructed from colored paper. The result is something that is flat but that still has a three dimensional feel and an intuitive method of interaction. It can largely be seen as a response to skeuomorphic design which previously reigned supreme and which favors icons and elements designed to look like quasi-3D drawings of real objects (i.e. a little image of scissors for the ‘cut’ button).

You don’t have to adopt all of the principles of Material Design 100%, but taking a few on board is a sure-fire way to make your site feel and look modern.

A good design mantra to always keep in mind is that your design elements should ‘communicate, not decorate’. In other words, if a design element doesn’t serve a purpose, then it is just a distraction and doesn’t belong on your page.

This is a notion that has been embraced wholesale by web designers around the world and moreso now than ever before. And the logical conclusion of this approach is to adopt a highly content-centric design. After all, what is the purpose of most websites? Simple: to convey information via the content. Design that distracts from the content is not fit for purpose. The best design will be design that pushes the content to the fore and makes space for it. A lot of sites use incredibly minimal design elements with copy taking up the majority of the page.

This year, we are seeing more and more open compositions. These are compositions that use lots of disparate elements that are somewhat loosely connected rather than a ‘frame’ that completely encapsulates the focal point of the page.

Often, these elements will then move off the screen to make space for the content while small indications will let the user imagine that they are floating somewhere just beyond their bezels, ready to return when called back into action.

Since 2016, websites have been becoming less symmetrical and it is once again considered stylish and attractive to knowingly keep things a little lop-sided. This is a great way to direct attention and draw the eye and when done well, it can also add an element of interest to a page rather than letting it look stark and uniform.

Don’t be afraid to include something on one side and not to equalize it with a similar item on the other side!

This is a trend that has been growing for the past several years, so its inclusion here should come as no surprise.

However, more and more brands are now not only making sure their sites are mobile friendly but actually moving toward a mobile-first design. In other words, their sites are designed primarily for mobile, with good desktop performance being an afterthought (albeit a very important afterthought!).

Mobile friendliness means several things and is often misunderstood. This doesn’t just mean a responsive layout which every site should be using now in 2017. It also means avoiding drop down menus, having nice big buttons and most importantly, choosing large, readable fonts. Fonts are very important in general and choosing the right one can make a massive difference to the feel of a website – don’t overlook this crucial factor of your design.

This is something that has been around for the past couple of years but often gets overlooked – a lot of brands like Drobox use hand-drawn illustrations to great effect. This creates a more personal and unique feeling while also being friendly, approachable and memorable. If you have the skills – or you can outsource the skills – then consider whether this feature will fit into your broader design and strategy.

Here’s a trend that isn’t really a trend: diversity.

More and more designers are choosing to throw the rule book out the window and right now, that seems to be somewhat welcome and fashionable.

Lots of designers are using dynamic diagonal and intersecting lines. Others are creating a feeling of ‘controlled chaos’ with lots of elements on the screen. These layouts still retain elements of minimalism, but they do something a lot more unique and attention grabbing with the elements they do include.

In short, there is a less predictable feel when browsing the web in later 2017 compared with 2016. That’s a good thing as it frees you up to be more creative and to make more of an impression with your brand – just avoid being distracting or cluttered because those words are never in style!

Our goal is to put out the best content out there for the digital and business world. You will find interviews, reviews, tips, tricks and more. Join our monkey tribe!

Hootsuite: Is This the World’s Most Powerful Social Media Dashboard?

How to Make Money With Oberlo Starting...

What Do I Charge a Business for...

Networking Your Way To Success

ClickFunnels Review vs. LeadPages vs. OptimizePress vs....

Hootsuite: Is This the World’s Most Powerful...

What is SEO? The Beginner’s Guide to...